Museveni in dairy-rich Bushenyi to drum support from NRM leaders 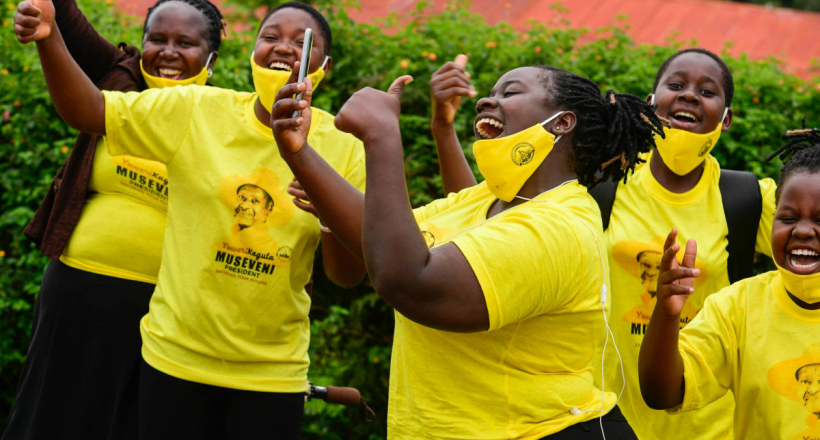 The president will lay bare key achievements the NRM has registered and other development strategies for the area he intends to achieve once re-elected. He will also task the area party leaders to mobilize for him for support ahead of January 2021 polls.

Bushenyi has relatively low poverty levels among its residents. The economy of the district depends mainly on agriculture making the district food secure. Agriculture is a source of income for most families and provides direct employment to 86.7% of the district population. However, many people in Bushenyi district are still involved in subsistence agriculture with a few engaged in commercial production of crops including: coffee, tea, sweet bananas and matooke.

Dairy farming for milk production is widely practiced on both subsistence and commercial scales in Bushenyi District with many farmers raising Hybrid cattle. The hybrids produce more milk per animal and yield more beef per carcass and therefore are more profitable than the local breeds.

Bushenyi district has been declared as one of the best performing districts in the implementation of the Youth Livelihood Programme which the government of Uganda rolled out in 2014 to reduce poverty levels among the youth.
A total of Shs710 million has been disbursed to Bushenyi District in the past three years, benefiting 136 youth groups who have engaged in agribusiness, trade, services among others.
Kakone Youth Tea Hiring project and Nyamirama Youth Hand Craft are some of the latest groups to receive the funds earlier this year.

The district has four tea factories that help in processing the tea and currently Uganda enjoys ready processed tea leaves from these factories.  These include Global quality tea factory, Igara grower’s tea factory, Butare Igara tea factory and Kyamuhunga Tea Factory. These factories have also employed a number of people

Bushenyi district’s, wetland conservation project is in the works to restore the natural habitat while pumping water to nearby farmers for year-round cultivation. This is part of sh163 billion government project funded by the Green Climate Fund, which aims to restore 24 degraded wetlands in eastern and southwestern Uganda by 2025.