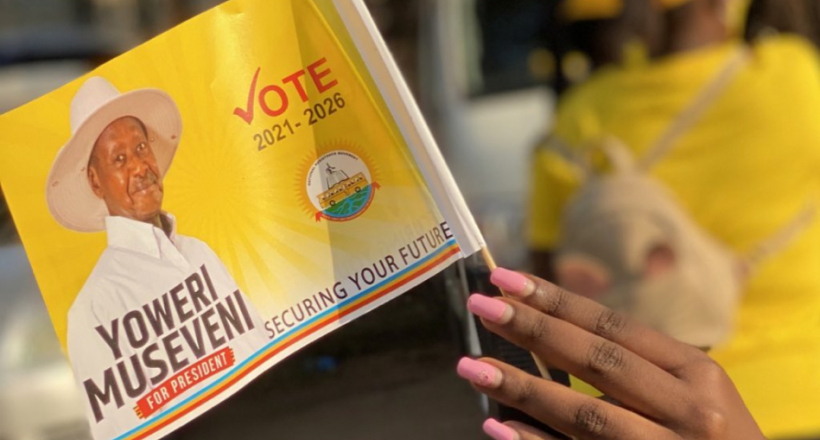 National Resistance Movement party presidential candidate, Yoweri Kaguta Museveni, is today starting his campaigns in central (Buganda) region. Museveni will today meet and address a select team of NRM leaders including party flag bearers from districts from Mubende, Kasanda, Kiboga, Mityana and Kyankwanzi districts. He will ask for re-election through enumerating NRM achievements registered not only in the region but the entire country.

Mubende district has seen the improvement in road infrastructure under NRM government. Good roads such as Mubende-Kakumiro-Kgadi road has been tarmacked. Civil works for the reconstruction of Mityana-Mubende road (86km) commenced in May 2019.

In 2019, Mubende Town was among the 14 municipalities that benefited from Municipal Infrastructure Support (USMID) project that is worth $360 million (about Shs1.3 trillion).

The project is aimed at enhancing institutional performance and improving service delivery in municipalities.

Mubende, which was elevated to a municipality in 2017, comprises three divisions including West, East and South. It has a road network of 320 km. The funds are expected to be used for upgrading selected roads, drainage system and street lights and part of the funds would be spent on upgrading Mubende Taxi Park, the Mayor’s Gardens and the construction of Mubende Central Market.

The Government of Uganda with help from the World Bank has rolled out Energy for Rural transformation Project Phase III. The main objective of this project is to provide electricity to rural areas in parts of Mubende which have not received grid electricity. In this regard, Trading Centres (TC) and Rural Growth Centres (RGC) along the road will be supplied with transformers of different capacities based on the projected power consumption of the area. A 33 KV line from Kiganda Mile 16 to several locations along the Kampala Mubende Highway up to Katabalanga II which borders Mubende Town Council as well as to a number of locations within the Sub Counties of Kiganda, Kitenga, Kigando, Kasambya, Nabingola and Kibalinga in Mubende District with a total length of approximately 95Km. It is proposed that 27 distribution transformers with a total installed capacity of 1,550 kVA serving at least 23 load centres including towns / villages will be installed.

Prominent farmers, Schools, health centres and other community facilities among others will also be targeted by this grid extension. This is to be done in the context of the Energy for Rural Transformation Project (Phase III) under the Rural Electrification Agency (REA) in the Ministry of Energy and Mineral Development (MEMD). The project area is located in Central Uganda in the district of Mubende.

The Rural Water Supply and Sanitation Department has recently embarked on a project to supply water for small holder farmers as a means to boost their agricultural production.

The Government received US 130 million from the International development bank association of the World Bank towards the cost of Uganda Health System Strengthening Project (UHSSP). This programme intends to deliver the Uganda minimum health care package to Ugandans with focus on maternal health and family planning. Under this programme two regional referral hospitals, 17 general hospitals and 27 health centre IVs were renovated. Mubende regional referral hospital is one of the two referral renovated.

Through the Women Empowerment Programme (WEP) intervention in Mubende, 12 women groups in Myanzi, Bagezza and Butoloogo sub counties have been empowered through training on life skills and economic literacy, savings and credit, gender and rights and enterprise tailored training for their respective group businesses and have been supported with start-up kits for their group enterprises.